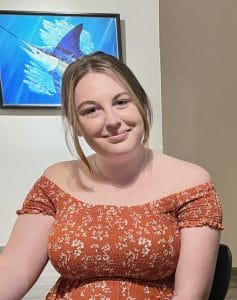 The Billfish Tournament Kicks Off

Year after year, enthusiastic anglers head to Piñas Bay, Panama to compete in the Annual Billfish Tournament hosted by the famed Tropic Star Lodge. As a conservation tournament, this event draws participants who not only share a passion for sportfishing, but for the protection of the marine species that sustain the sport. Although this is the primary focus of the tournament, as an Offshore World Championship qualifying event, it certainly draws its fair share of serious competitors. The support of these anglers, and the generosity of sponsors throughout North and Central America, has proven to be the lifeblood of this inaugural event. The 2021 installment, which drew to a close on November 22nd, only further cemented the collective appreciation for conservation events of this nature. Thirty-five delegates, sixteen sponsors and two participating research projects throughout the duration of the tournament make it easy for all those involved to consider this years’ event a resounding success.

The 2021 Annual Billfish Tournament spanned the course of three days, with one “fun fishing” day for anglers to orient themselves with the fishery and equipment provided, and two tournament days.

The first day of the competition saw Team TWC, made up of Adrian de Silva, Jason Gough and Sean Sheridan, take the lead. The team had spent a great portion of their “fun” day preparing tackle and perfecting their techniques, and the leaderboard by the close of the day highlighted that it had certainly paid off.

All participating anglers were able to release nine Sailfish, and five Blue Marlin (one of which weighed in at a whopping 800lbs, measuring 13 ft) during the course of the day. The teams returned to land triumphant – little did they know an exceedingly rewarding day of fishing was to follow.

The anglers headed off for day two in anticipation of what was to come, with some ambitious competitors looking to even the score. No one could have predicted that the day would hold an abundance of hook ups, and a complete shift of the leaderboard.

Not only did last minute addition to the tournament, female angler Gina Zeitlin, secure her spot as the top angler of the tournament – she also catapulted her team, Los Bamofos, into the top spot with a tremendous lead. The team, also made up of Guy Harvey and Chris Gough, closed the event with an outstanding 1900 points – double that of the second place team. The outcome makes for a spectacular story. Zeitlin had been a guest at Tropic Star Lodge the week before, joining her father on a very special trip. He had one great wish – for his daughter to release a Marlin.

The day before she was set to leave, Zeitlin had a change of heart, and decided to stay a little while longer on her own, in the hopes of landing her Marlin. During dinner on night one, Guy Harvey, of whom Zeitlin’s father is an avid fan, invited her to join him as part of his tournament team. This alone was an experience that the family would not soon forget, but to add to the memory, Zeitlin was able to end the tournament with an excited call to her father to report that she had released not one, but TWO Blue Marlin in one day, along with three Sailfish overall. Further good news would follow, with the entire Los Bamofos team being invited to participate in the Offshore World Championships in Costa Rica this coming April. This exceptional story, chronicled alongside Guy Harvey no less, is surely something that will be shared over many years to come.

It wasn’t just Zeitlin who left with a story to tell, though – with eleven Blue Marlin, one Black Marlin, and thirty-five Sailfish in just two days, all of the participating anglers were high in spirits at the closing ceremony, after exceptional fishing and the successful tagging of a large number of Dorado and Billfish. Anglers collaborated with the scientists from the Dolphinfish Research Program and the ​​Eastern Tropical Seascape Project, initiatives undertaken by the Guy Harvey Ocean Foundation and the Guy Harvey Research Institute at Nova Southeastern University. Cumulatively, they were able to Satellite tag 7 Billfish, and 12 Dorado (measuring between 14 – 58 inches) as well as tagging an additional 48 Dorado with Spaghetti tags. On a few occasions, tagging the larger fish added extra fight time, however in true testament to the purpose of this tournament, it did not detract from the anglers’ enthusiasm to get those tags out there.

Guests of honor Guy Harvey, and his daughter Jessica Harvey attended the event, with Jessica continuing her ongoing scientific research, and Guy participating in the tournament. They were joined by fellow scientists Wessley Merten (Dolphinfish Research Program) and Ryan Logan (Eastern Tropical Seascape Project), who have both been instrumental in the success of their respective projects. It was an especially rewarding two days for Logan, during which he tagged the final Sailfish needed for his PhD.

As the content anglers prepared to return home after another successful installment of this event, their elation was palpable – enough so to carry the Tropic Star team through to the next highly anticipated Annual Billfish Tournament.

our EARLY BIRD OFFER IS BACK!

BOOK FOR NEXT SEASON DURING MARCH - JULY this year AND RECEIVE 10% OFF FISHING!

Only applicable on bookings for March – September 2023. Terms & conditions apply.