The only constant is change – and that was certainly the case for us this July. The bite offshore changed up on us constantly, so the captains and mates worked extra hard to find the bite each day. Anglers were rewarded with some great catches. We had some incredible Blue Marlin bites and the odd Black Marlin showing up along the edge. The Sailfish and Yellowfin bite was the most consistent bite offshore and we got some bruiser Yellowfin over the 150lb mark. Along with the rain came some of the largest current lines full of flotsam that we have ever seen. The baitfish offshore were thick all month, and we caught giant Dorado along these lines. Inshore seemed to be on fire all month long. Anglers released loads of different species, and we released Cubera Snapper and Roosterfish over 70lbs.

The weather and sea conditions have been strange the last few weeks. We have experienced a lot of rain along the coast in the afternoons, which is to be expected during our rainy season, but the winds have been switching on us from north to south which is uncommon for this time of year. The sea temperature has also been changing a lot. It has climbed all the way up to 90 degrees, and then back down to 84 in just a few days making the fish very lethargic.

Drew and Dona Thompson brought their daughters, Maya and Ava, for their annual visit. They are some of the nicest people you will ever meet, and oh my word, can they catch fish! On this trip to the Lodge, the family fished with Capt. Luis. They kicked things off with Drew getting an Offshore Super Slam with two Blues, a Sailfish, Yellowfin Tuna, and a Dorado over 50lb. The Dorado also made the IGFA trophy fish club. This was an epic start to a trip, but their good fortune just kept coming. Ava was able to snag another pending junior world record for a Rainbow Runner, that weighed in at just over 3 pounds more than the current world record. Then, Maya came in to weigh a pending females’ world record on 20lb test for a Broomtail Grouper. Dona joined her daughters with a pending world record on 20lb for a Mullet Snapper that we released after weighing it at the Tropic Star weigh station! It was an exciting week of fishing to say the least, and on the last day, Ava finished off in true style (as only Ava can) when she achieved an Offshore Super Slam! She got an absolute beauty of a Blue Marlin, a Sailfish, 11 Yellowfin and a Dorado.

Martin and Laura Curi came with their son, Mark, from Miami, Florida. They fished with Captain Mario, and Willie as their mate. The family took advantage of our beautiful beaches, and did some kayaking through the mangroves. Their fishing was absolutely on fire with the family getting a Billfish Grand Slam – releasing a Black Marlin, a Blue Marlin, and a Sailfish in a single day. They also managed to get some Dorado action, with most coming in at an impressive size.

Juan March and Nella Sanchez joined us all the way from Spain. It was a trip that had been a long time in the making, and one that I don’t think they will soon forget. They went fishing on board Miss Costa Rica with Captain Libardo, and Ramiro as their mate. The couple had a great time enjoying the jungle, and the calm clear waters of Playa Blanca, but they also smashed the fish! They managed to release 3 Blue Marlin during their 4 days of fishing, and a hoard of Sailfish and Dorado. The best part was that they had our videographer Keishmer on the boat with them for some of the action, so they will be able to relive their memories for a lifetime. It’s a long flight from Europe – but one we are hoping they will board again in the near future to head down and see us.

3 generations of Cunningham men – Robert, Jacob, and Thomas, joined us for 4 days of fishing, and they crushed it all trip long. They fished on Island Star with Gavilan and Elio. Thomas had some incredible fishing. He released his first Blue Marlin, and was initiated into the Tropic Star tradition of walking the plank off of the dock. It was estimated to be around 300 pounds. Over the next few days, Thomas managed to release two more Marlin, and they only got bigger. He also released more than his fair share of Sailfish, and brought in some monster sized Dorado. To say Dad and Grandad were beaming with pride would be an understatement! The best part was that he hooked all of his own fish, making his impressive catch list all the more rewarding.

It has been a while since we got to hang out with Tony and Pam Coffman, and it was great to catch up with them. They fished on Miss Alaska with Flaco and Ricardo. Being returning guests, they are not new to the Tropic Star experience, but this was their first time fishing with Flaco. With the fishing they had, I think that Flaco has definitely not seen the last of them! They fished for a half day on arrival and casually went out and released a Grand Slam! Tony released a Black Marlin, a Blue Marlin and a Sailfish on his first half day back. This marked his third Grand Slam at Tropic Star Lodge. Pam was acting as Tony’s back up and caught a huge Dorado as Tony took on some more Billfish. His biggest Blue for this trip was called at 600lb and after seeing the video footage captured by Pam, that was a very conservative call.

We were thrilled to welcome Archie and Tracy Solomon back for the third time in the last two years. They brought their friends, Will and Carmen, with them to enjoy 4 days of fishing in the jungle.  Carmen was up first, catching her first ever Sailfish and first ever Blue Marlin of about 200lb. The fishing proved a little tough, but then during a half day of fishing on their last day, Tracey got on her Marlin. The Marlin was really tough –  it didn’t jump much, and unfortunately came off just inches from the mate when he went for a leader touch. The couples had a great time catching all sorts of species inshore, and Dorado and Sails offshore. Catching up with Archie and Tracey is always loads of fun, and we have to say a big thank you to them for the wonderful donations they always bring for the village of Pinas.

Harry Brickley is a living legend. Not only in the when it comes to fishing, but in the hunting world and in life itself. Harry, who is 94 years young, brought his nephew, Jeff Blagauras, with him to take on some Billfish. Harry has caught fish all over the world, and we love seeing him here when he comes for his twice annual fishing trips. We have a phrase here at Tropic Star, which a lot of our other guests have come to know well. “If you want to know when the Marlin will be biting, just ask when Harry will be here, because you know the fishing will be exceptional when he is here.” Harry always fishes with Capt. Candelo on Australia. They have been fishing together for many years and are good friends. Jeff released his first ever Blue Marlin on day one, right at the start of the day. He also released his second, his third and his fourth during this trip with his uncle.

We had 3 generations of Vergnolle men at the lodge this time around. Ron and Finch were back again for their FOURTH time since March of 2020, and this time, Ron brought his dad to the lodge for his first visit too. They were fishing with their usual choice of Capt. Jacob and Weimar on Miss Tropic Star, over 3 days of fishing. The Vergnolles have done a lot of fishing, and on this particular trip, they weren’t able to get a Marlin – but they did get Sailfish on spinning rods and giant Roosterfish. The Cubera teased them, following poppers, and Finch caught his personal best Yellowfin Tuna of 107 pounds which had everyone very excited. It’s always a treat seeing the Vergnolles, and although we missed Britt on this trip, we know we will see them all again soon.

July served up some incredible fishing, and although we had some slow days in between, it did not disappoint. The one thing I have learnt here at Tropic Star is that if you fish for what is biting, you are going to have some incredible fishing! July proved this with crazy inshore bites and when the offshore was firing it was just insane! We had such a great time with all the families, and to have had so many multi-generational families fishing with us was truly something very special. We can’t wait to see what Neptune has in store for us come August! 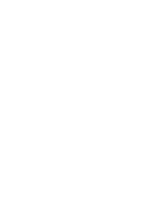 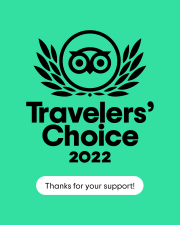